Our boy’s basketball team secured a place in the Cumann na mBunscol basketball final today, defeating Rathcoffey N.S. This was an exciting game throughout and both teams were impressive on the day. Kilberry got the opening basket of the game, but Rathcoffey swiftly replied with two well-taken shots. However, Kilberry’s defense held strong and we responded with a wonderful basket to leave just a point between the teams at half time.
The scene was set for a thrilling second half and spectators were not disappointed as both teams pressed hard. Kilberry began to take control of the game in the closing few minutes and ran out deserving winners in the end.
There was an impressive display of talent and skill from both teams today and the boys are now looking forward to the final where they will meet Kilashee N.S. 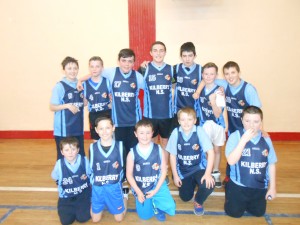 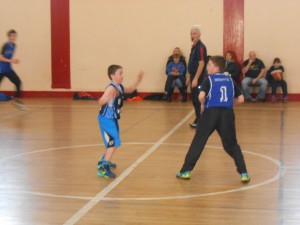 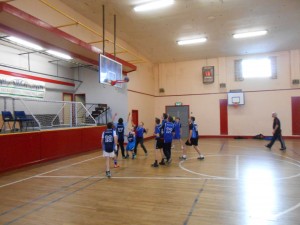 The Boy’s in action against Rathcoffey N.S. 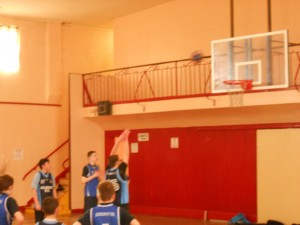 Kevin stays calm under pressure as he steps up to the free throw line.