Wishing everyone a HAPPY and SPOOKY Hallowe’en… School will re-open on Monday, 2nd November..

Trick or Treat for Temple Street! 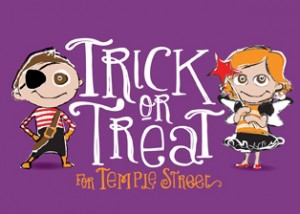 The corridors of Kilberry N.S. were awash with weird and wonderful costumes on Friday last. Super Mario, Mary Poppins, Minions as well as witches, devils and ghosts took control of the school (and that was just the teachers!) The Mad Hatter, Zombie brides, clowns and werewolves were on the prowl as the children raised funds for Temple Street Children’s Hospital. We raised 197 Euro for this wonderful charity…. 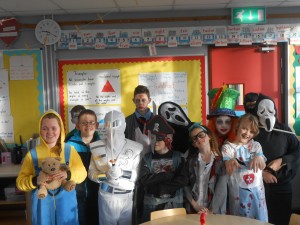 Trick or Treat for Temple Street…

Congratulations and well done to all the boys and girls who received full attendance certificates for the first term of the new school year.. 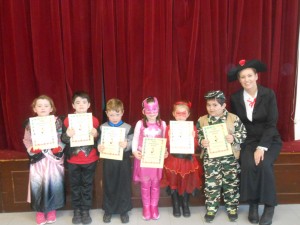 Mary Poppins a.k.a. Ms. Cawley with her Junior and Senior Infants. 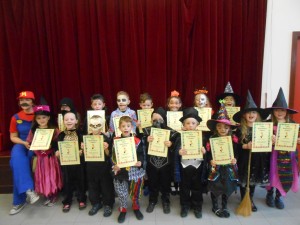 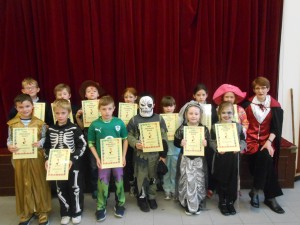 Mrs. Prendergast casts a spell over 2nd and 3rd class… 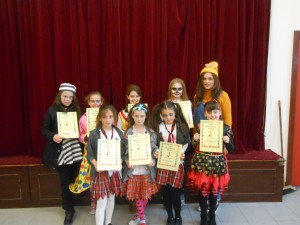 Ms. Duffy and her little minions… 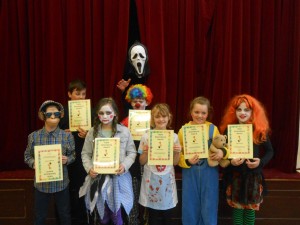 Posted on 21st October 2015 in Uncategorized

The children from second-sixth class have been learning the skills of volleyball over the past seven weeks under the guidance of Tom Landers from the Newbridge Volleyball Club. Over the past few weeks the children have learned lots of different techniques, including the overhand catch, the correct serving technique and were introduced to the game of Catch and Throw Volleyball.
Today, Tom organised a Volleyball Tournament for the children, complete with medals for the winners and runners up. The classes were split into teams of four and the whole school was on hand to watch the highly competitive semi-finals and finals. A wonderful day was had by all and the teachers were very impressed by the skills on display. 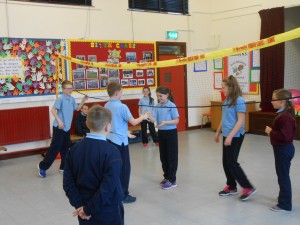 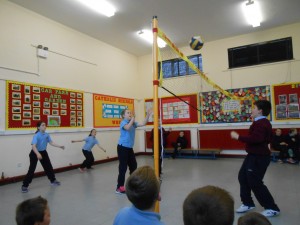 Flying High..Alex and Chloe keep a close eye on the volleyball! 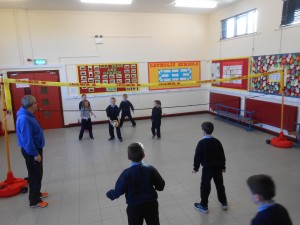 2nd and 3rd class in action over the past few weeks. 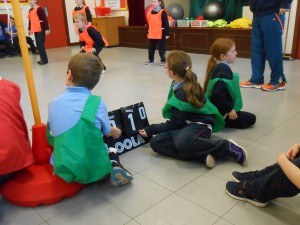 Leah and Páidí man the scoreboard. 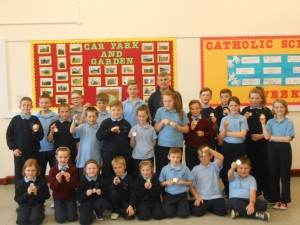 Tom with the Volleyball Tournament finalists! 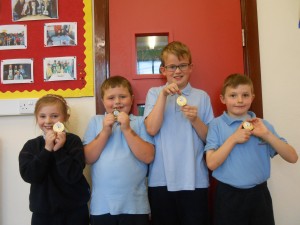 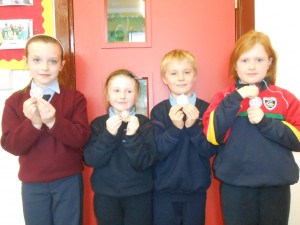 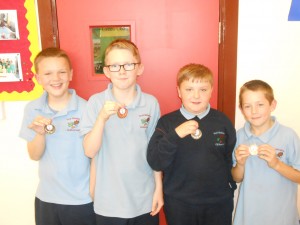 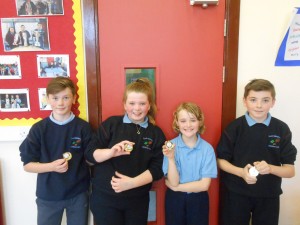 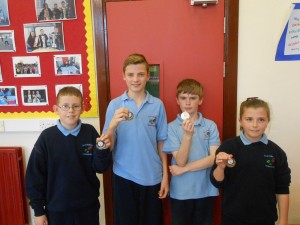 And at last… an Irish team in the final..Runners up-Team Ireland!!