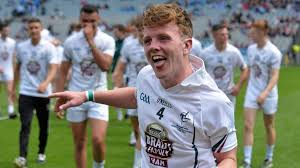 Best Wishes to our past pupil, Darren Lawlor as he lines out for the Kildare Minor Football team on Sunday in the All-Ireland Minor Semi-Final in Croke Park. Even though the Kildare team will take on Tipperary, on this occasion, even Mrs. Prendergast will forsake her native county to cheer on Darren and the Lilywhites!!

Good Luck Darren from all the Staff and Pupils in Kilberry N.S. 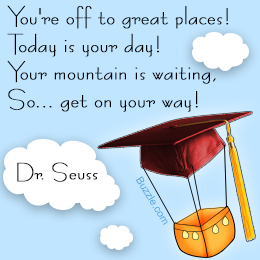 As the beginning of the new school year approaches, we bid our 6th Class students a fond farewell and wish them every success as they begin Secondary school. We are so very proud of each and every one of them, and it has been a pleasure and a privilege, to have shared in their collective and individual triumphs and successes over the past eight years. 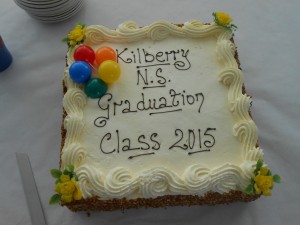 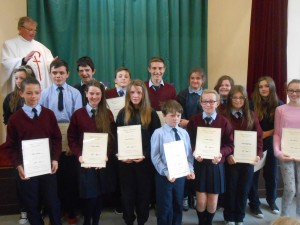 6th class receiving their certificates at this years graduation mass. 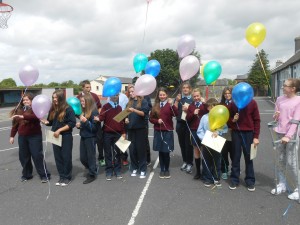 This year our school tours took us to Baysports, Athlone, Nore Valley Park and Stonebrook Farm. The children enjoyed action packed adventures from pier jumping, Currach Rowing to milking the cows at Stonebrook farm!! Here are a few snaps of what the children were up to! 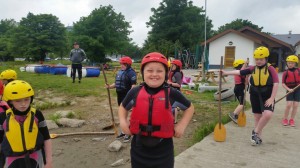 Bryan gets ready to hit the water at Baysports. 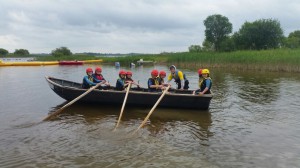 Getting ready for the Dragon Boat Paddle Challenge!! 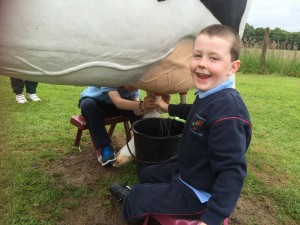 Alex and Daniel give a master class on milking! 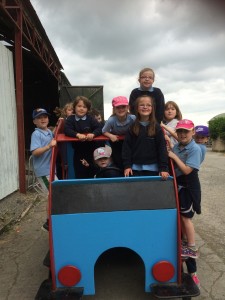 Having fun at Nore Valley Park 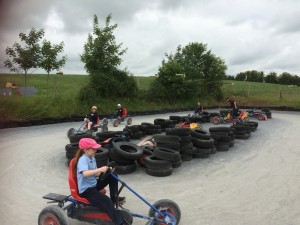 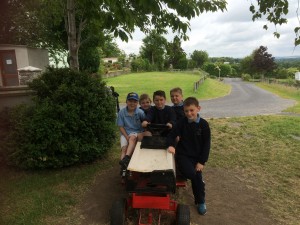 The boys find a toy to play with… 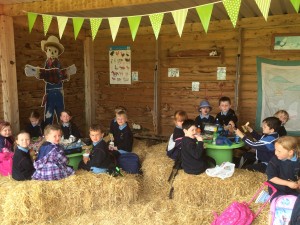 The infants take a break from all the activities.. 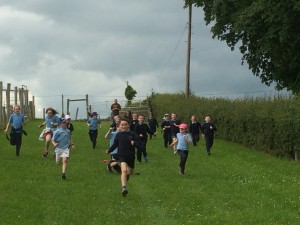 Teacher..Catch me if you can..we’re not ready to leave yet!

A large crowd of parents and supporters turned out to watch our Rounders and Basketball finals at the end of Active Week. The four teams involved had battled it out through a thrilling league campaign to earn their place in this years final. With the field, Rounders teams and referee, Mrs. Prendergast ready to go the first of the afternoon’s finals got underway. The Yellow team, led by Aoife Byrne stepped up to bat and the Red team, captained by Anna Kelly took their places outfield. The game came down to the wire as each and every player did their team proud and the Yellow team were victorious in the end. 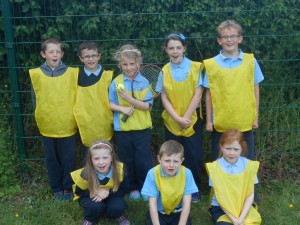 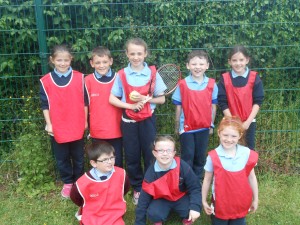 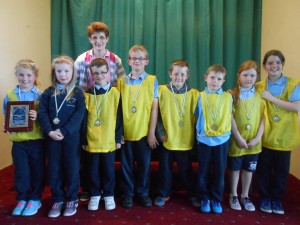 The winning team with their Rounders Shield, and Rounders Co-ordinator, Mrs. Prendergast.

After the wonderful skills on display from the Rounders teams, the Basketball final had a lot to live up to…And the second final of the day didn’t disappoint! Team Captains Kevin Eustace and Keri McConville can be very proud of the display that their teams gave on the day. The first half was a thrilling spectacle with Keri’s team leading the way with brilliant defensive play as Kevin’s team continued to push forward. The first half over, spectators and teachers knew that a scintillating second half loomed. Kevin’s team just proved a little stronger in the end but Keri’s team can be very proud of their team performance. 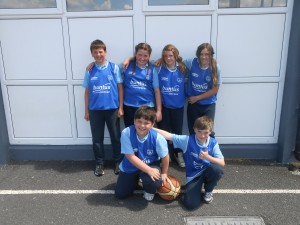 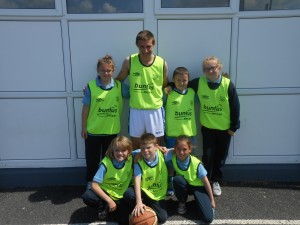 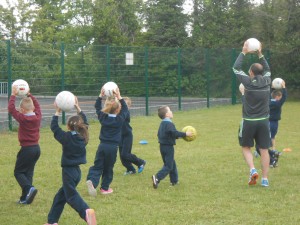 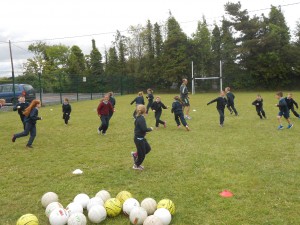 Seniors and 1st Class are put through their paces! 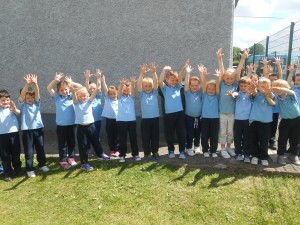 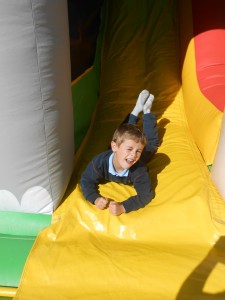 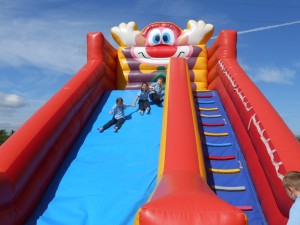 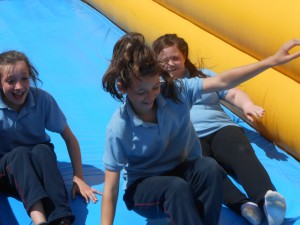 6th Class enjoying their time on the bouncy castles.. 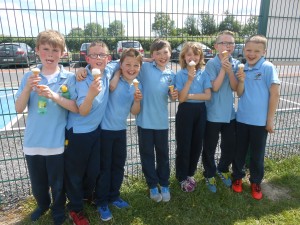 Time for a break.. 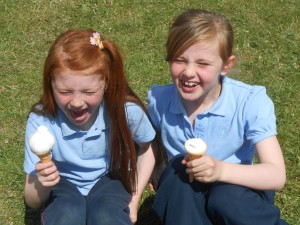 Ella and Réaltín having fun in the sunshine.. 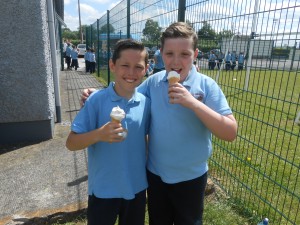 Also enjoying their ice-cream treat were Christopher and Emmet!